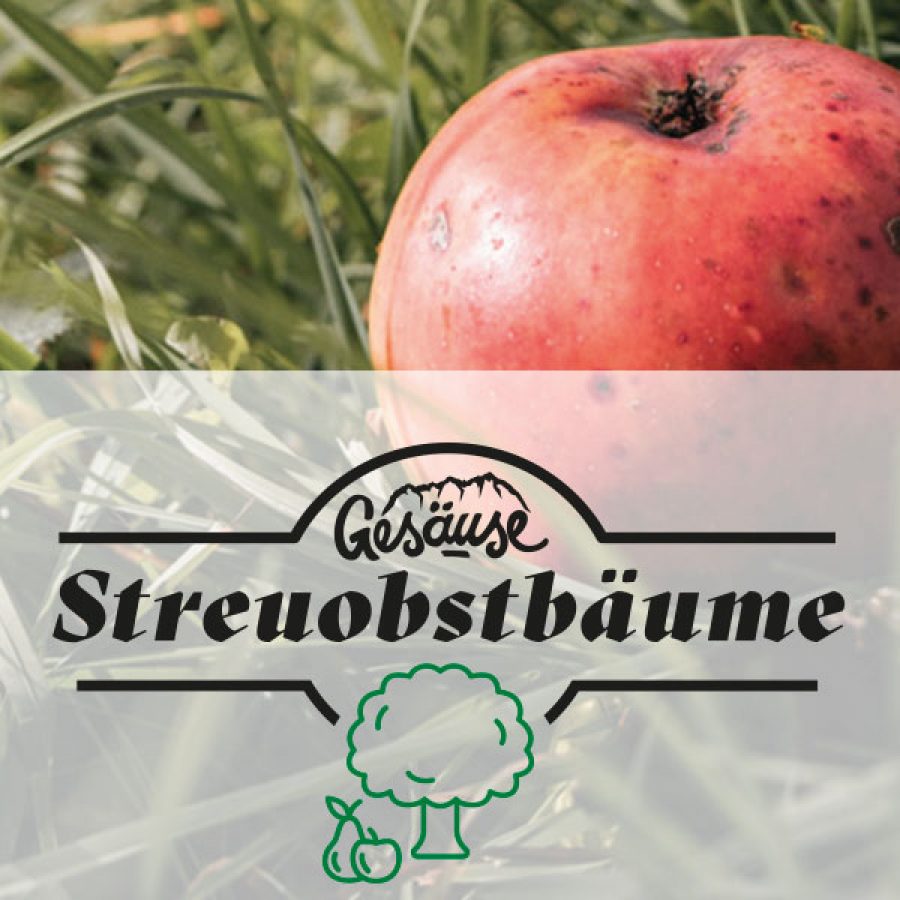 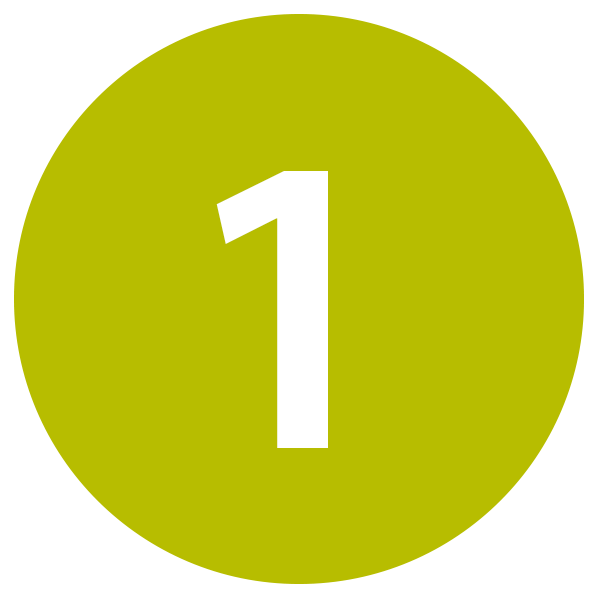 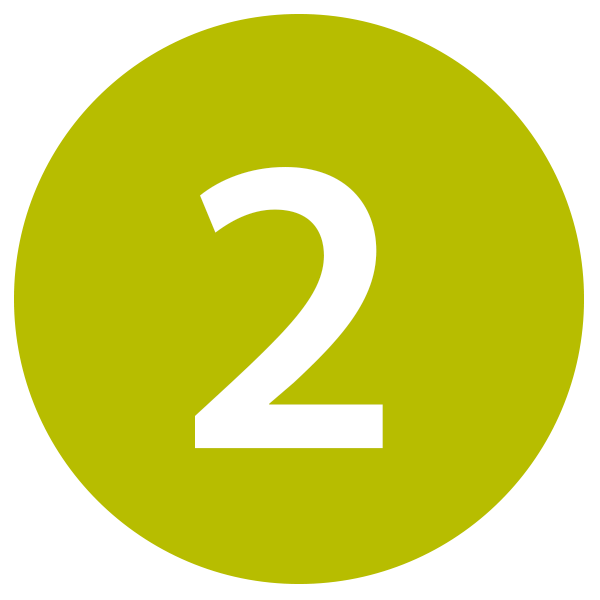 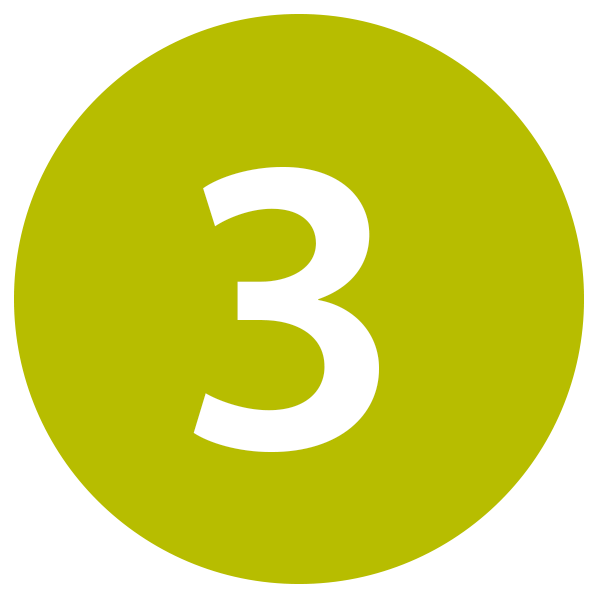 An apple a day keeps the doctor away!

Sometimes it is very difficult to figure out from where groceries are coming from. But in our case it is different. Plant your own apple or pear tree and ensure for yourself a high variety and quality of fruits in your garden.

Fruit tree? Regional fruit trees from the Nature and Geopark region are aware of the climate and cultural landscape. Old orchard trees are within the Naturepark for decades. If you plant a high variety of fruit trees you ensure yourself apple and pears all year round, vitamins, fruits for various processing such as jams, juice, schnapps, cider or apple crisps. And on the plus side you will have a long time friend which stands in your garden all day, bad or good weather, flowers in spring, shadow in the summer, fruits in autumn.  And finally it is very good for the biodiversity of your garden. It is home to different insects and birds. Various flowers and plants can be found on an orchard meadow as well.

So, do not wait – get one of our fabulous orchard trees.

Our fruit for processing

Directly from the tree or for processing for example:  Jakob Lebel or Palfauer Pommeralmapfel

Attention! All our trees are getting big with a certain cultivation. The only thing which is different are the crowns. It depends on the rootstock if the crown starts on a lower or higher level. 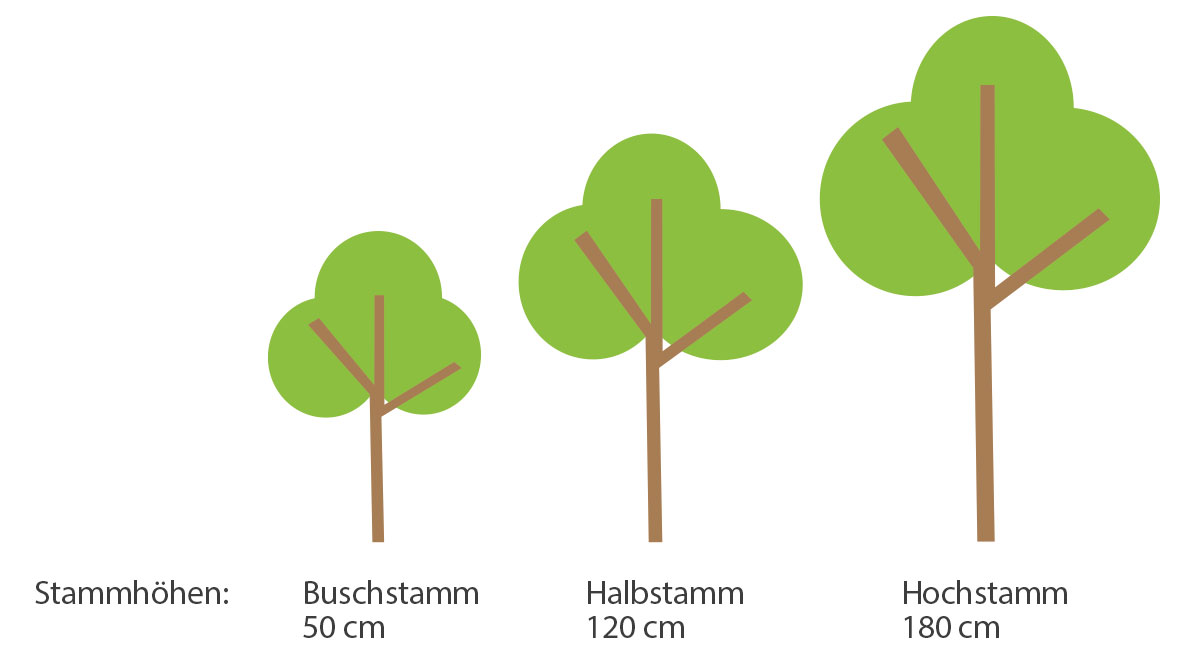 The following list provides an overview of the current stock of domestic apple varieties. Standard, half-standard and bush fruit trees are listed separately. All trees are grafted onto seedlings. In this case, the terms standard, half-standard and bush only refer to the current growth and height of trees grafted 2 years ago giving information on the future height of the crown.

The following list provides an overview of the current stock of domestic pear varieties. Standard, half-standard and bush fruit trees are listed separately. Please go to “Open PDF” to get information on the respective characteristics. “Ripe to eat” and “ripe to pick”- months indicated in Roman numerals (a= start, m = middle, e = end). As we are currently filling up and completing the database, some descriptions are incomplete or might be missing entirely. All trees are grafted onto seedlings. In this case, the terms standard, half-standard and bush only refer to the current growth and height of trees grafted 2 years ago giving information on the future height of the crown. 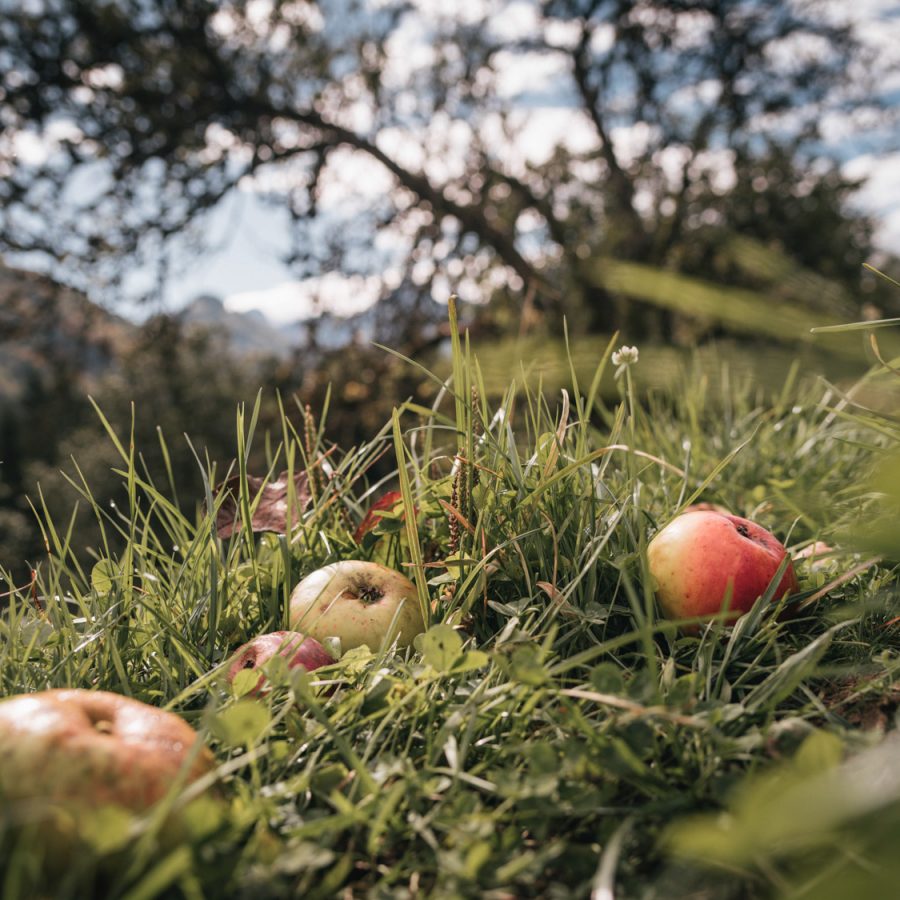 at the Styrian Eisenwurzen Nature & Geopark

Plant – cultivate – harvest. Fostering our unique meadow orchards means fostering the Nature Park and the entire region between Altenmarkt and Wildalpen together.
The first fruit farm of the Habsburg monarchy in Liezen existed more than 100 years ago. At the time, the farmer called Mr. Fuchs travelled all the way to the World Fair in Paris with 150 apples, about 40 pears, various cherries, apricots, plums and other varieties of fruit and even became World Champion with his Pfundapfel (“pound apple”). Many of these old varieties of fruit still account for the great diversity of fruit varieties and stocks in the Styrian Eisenwurzen Nature & Geopark.
Back in 2007 and 2008, the Styrian Eisenwurzen Nature Park and the Austrian Federal Foresets (Forstbetrieb Steiermark) made first efforts which included the documentation of 4800 regional trees and annual fruit variety determinations. From 2009 to 2012, a fruit-growing promotion project was carried out to establish cooperation between local farmers and meadow orchard owners. To date, a total of 120 varieties have been documented.

Fruit from meadow orchards has always been vital for the survival of the rural population, it has made the area more attractive for tourists and served as a habitat for native varieties. In recent years, however, the challenges to the protection and use of meadow orchards have intensified and they have become a threatened element of our landscape. With the start of the three-year project “Traditionally grown fruit at the Styrian Eisenwurzen Nature & Geopark”, it should be possible to help this valuable resource of the region to gain new strength.

These unique meadow orchards are to be preserved for posterity through a wide range of activities. In cooperation with the Arche Noah Association, our meadow orchards are included in a digital fruit database. Ultimately, there will be information on each and every fruit tree (e.g. its variety, location, age, height). Furthermore, the varieties will be determined by the Arche Noah (“Noah’s Ark”) Association. Styrian Eisenwurzen gives home to some ancient and rare varieties. The determination of these varieties makes it easier to provide a clear definition and include them in the database. In order to preserve preservation these varieties, genetic conservation gardens have been established in Hopfgarten. You can even buy fruit trees for your own garden there and thus make your very own contribution to preserving them.

The slogan “Nature Park goes enterprise”, puts the Nature Park itself into the shoes of a central, entrepreneurial motor in the area of fruit trees. In the future, the Nature Park will play an active role in the entire life and production cycle, from renewal, maintenance, harvesting, processing and distribution to the marketing of the fruit and products resulting from it. This can create jobs, open up new opportunities for cooperation and added value – and thus, support the regional economy.
Supported by the Federal Ministry for Sustainability and Tourism, the Province of Styria and the European Union(LEADER).

Two orchards in the Hopfgarten district of the Wildalpen Nature Park Community are used to preserve old and rare fruit varieties (mainly apples and pears) from the Styrian Eisenwurzen Nature & Geopark. In cooperation with the Austrian Federal Forestry Company (Österr. Bundesforsten AG, Forstbetrieb Steiermark), the Nature Park has set the goal of preserving the various varieties here in Wildalpen for future generations. Further information on the varieties is available on site. The freely accessible orchards are also ideal for a walk from the village centre of Wildalpen. Open your eyes – you can spot orchards everywhere along the way. 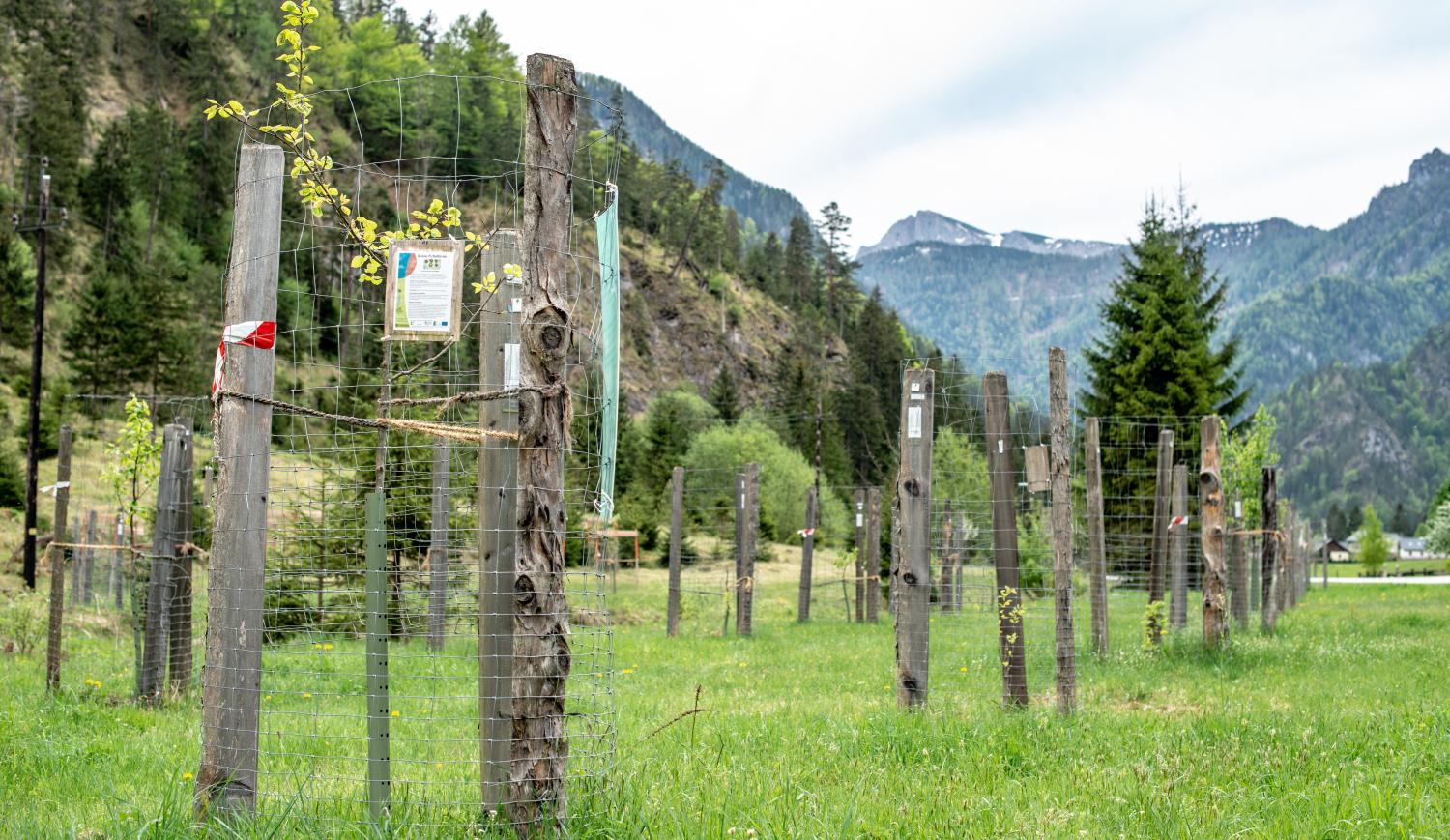