UNESCO has cooperated closely with the European Geopark Network meeting its strict quality criteria right from the start. Under the auspices of UNESCO, the European Geoparks are now members of the Global Geopark Network on the one hand, and part of the UNESCO World Heritage on the other. Worldwide, there are 140 different Geoparks in 38 countries, most of them in Europe, while others can be found in East Asia, for instance in China or Japan.

Back in 2000, the European Geopark Network was founded by 4 regions. There are currently 73 members in 23 European countries such as Germany, Spain, Great Britain and Italy. In addition to the Styrian Eisenwurzen Geopark, there are three more Geoparks in Austria, one of them in Salzburg and two in Carinthia.

In 2002, the Styrian Eisenwurzen Nature Park was awarded the title of European Geopark and in 2004, it became a member of the Global Geopark Network under the auspices of UNESCO. In 2015, it was recognized as a UNESCO Global Geopark as part of the UNESCO World Heritage.

UNESCO Global Geoparks are unified geographical areas where sites and landscapes of international geological importance are managed with a holistic approach to conservation, education and sustainable development. (Source unesco.org) UNESCO Global Geoparks work on different priorities for a region:

For this purpose, various guidelines have to be fulfilled, such as visibility of the Geopark, or regular international exchange, but also research and awareness-raising measures. In addition, there are various external support and scientific advice. Based on years of positive experience we rely on expertises of the Natural History Museum Vienna. 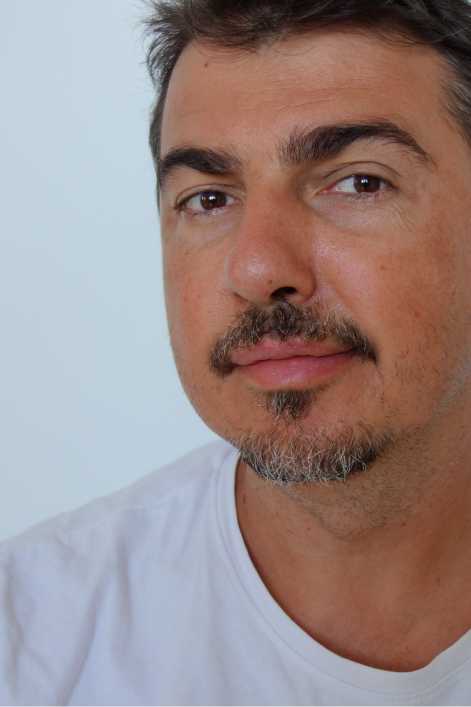 Priv. Doz. Dr. Alexander Lukeneder born. 1972 in Steyr Upper Austria, studied Earth Sciences and Paleontology in Vienna, since 2004 scientist and curator for the Mesozoic collection at the Natural History Museum Vienna, 2016 Habilitation in Paleontology at the University of Vienna, lecturer for lectures at the University of Vienna; focus on Mesozoic (Triassic, Jurassic, Cretaceous), evertebrates, paleoecology, paleoclimate; leader of 4 FWF projects on the Mesozoic; Discovered the first pliosaur in Austria in 2019; authored over 120 scientific and popular articles as Austria’s leading mesozoologist; member of the Geo/Hydro Science National Committee of the Austrian Academy of Sciences; Austrian representative on the Earth System Sciences Science Board of UNESCO in Paris; book author of Dinosaur File, Adventure Dolomites, and Hiking into the World of Dinosaurs; lecturer at children’s universities and Young Science Ambassador. Inventor and operator of the Fossifinder project within the framework of Österreich forscht/Citizen Science. 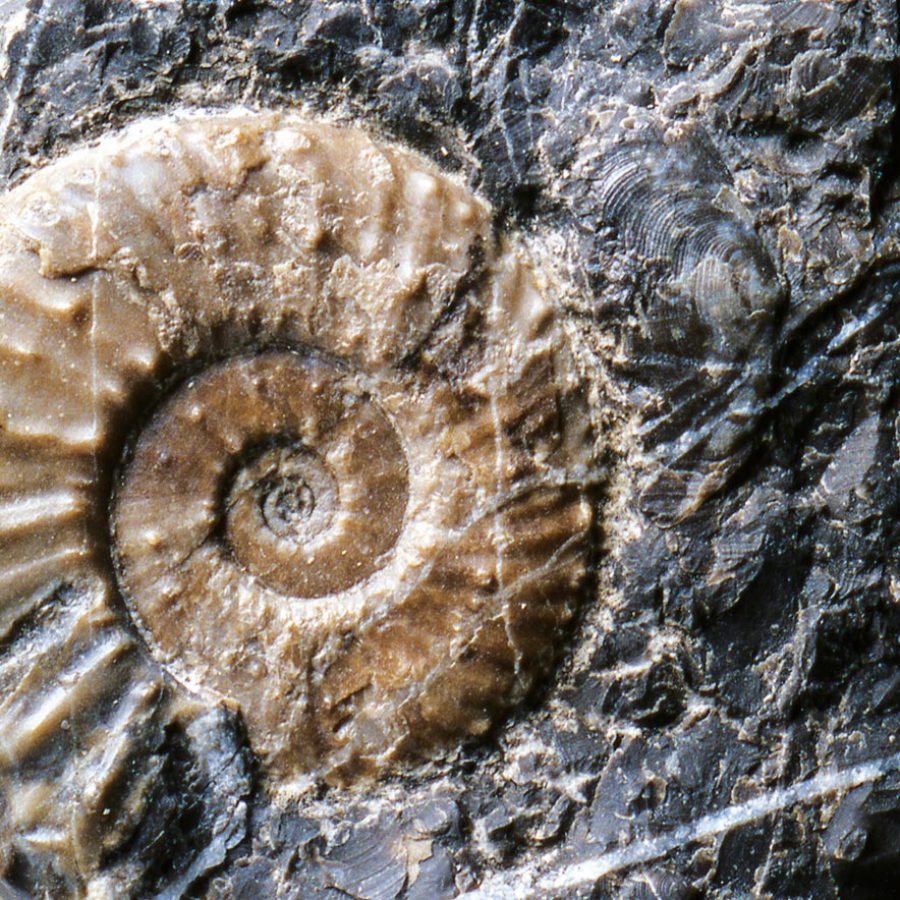 A Geopark does not have a distinct degree of protection incorporated in the law, but it hold a title for areas with a particularly rich geological heritage and a strategy for sustainable regional development. A Geopark does not have to focus on its geological potential exclusively, it can also integrate sites of archaeological, ecological and cultural importance creating a link between them via a network.

European and Austrian Geoparks aim to achieve the following goals:

Austria has two more Geoparks besides the Styrian Eisenwurzen: 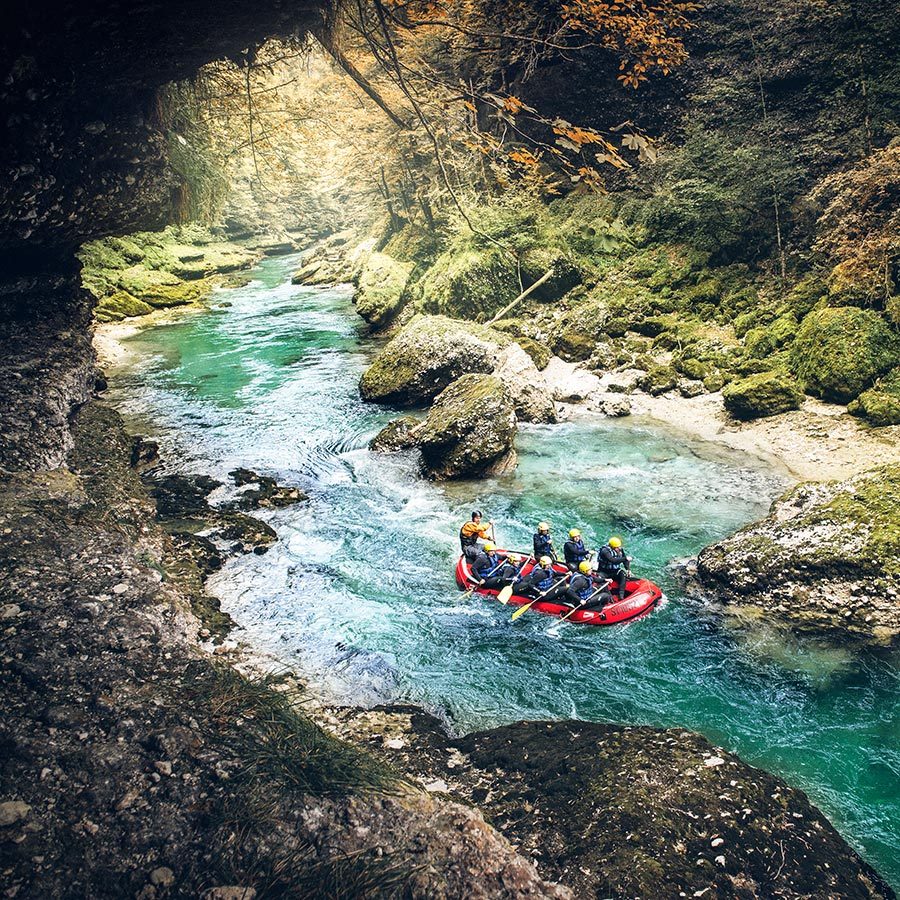 As you hike along the Gasteiger loop trail in Moosland, it takes only a few steps to get to the Ganser grotto. It was once used for carving millstones and ashlar blocks for door frames out of the [...]

The GeoPfad (“path”) is a mostly easy walk which takes you to 15 things to see and learn on 3 kilometres.

Experience earth’s history in a rafting boat aka “Travel through time, do sports and explore Salza valley”.

The GeoRama (Citizen Service Point, Gams 145) is the ideal place to start a geological voyage of discovery in the region. Experience the tropical seas, the formation of the Alps and the Ice Age [...]

At the GeoWerkstatt (“workshop”) near Parkbad Gams, learning by doing is the name of the game. Supported by professionals, visitors can collect and uncover fossils. In addition to this, you get [...]

With a length of 350 metres, the Kraus Cave in the Noth Gorge is a truly amazing place. What makes it so special is its countless small gypsum crystals and stalactites that sparkle in the light. [...]

The GeoVillage is rich in research and work on geology. In order to preserve this literature, research results and regional history, a nature and geopark archive was created as a supplement to [...]

The Noth Gorge is part of the GeoPfad (“path”). The entrance to this unique gorge is located near the GeoWerkstatt (“workshop”) and the Parkbad. Almost floating – that’s the first impression [...]

The Palfau Wasserloch Gorge is one of Austria’s most remarkable natural phenomena. Be it narrow canyons, intoxicating waterfalls, in-depth insights or expansive views: the Wasserloch Gorge has [...]

Those interested in following the path of the Viennese water supply from inside the mountain to the tap should definitely pay the Wildalpen SpringWater Museum a visit. Visiting one of the largest [...]

When you are on an adventure with stone-interpreter Wolfgang Riedl you get insights into nature and especially into Earth’s history. In his guided program „Geology on the plate“ you get [...]

The protected Arzberg Cave is located near Wildalpen at 730 m above sea level at the northwest of the Arzberg mountain. On this tour, you’ll learn all about the Ice Age in the Salza valley. You [...] 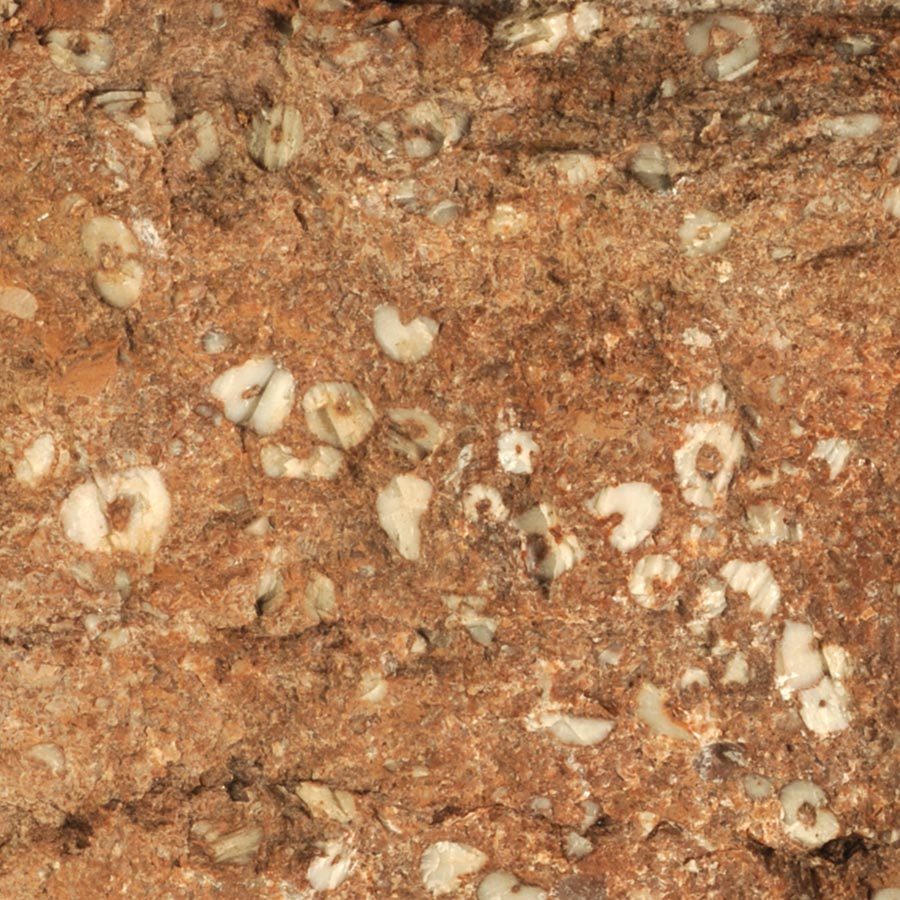 The whole of the Styrian Eisenwurzen Nature & Geopark is nestled in the Northern Limestone Alps. Most of the rocks found here date back to the Mesozoic Era. At the beginning of this era, 253 million years ago, there was only one single giant continent called Pangaea. The stones of the Limestone Alps were formed on the edge of an enormous bay of this giant continent.

Hornstein: hard as glass
240 million years ago, the sea flooded the landscape shaped by beaches and lagoons. This marked the beginning of the deposition process of limestone and dolostone, e.g. the predominant rocks of the Limestone Alps. The Reifling limestone, named after its occurrence in the Nature & Geopark community Großreiflling, is one of the oldest rocks. The rocks typically occur in the form of irregularly shaped, dark grey chert nodules arousing from the dissolved siliceous skeletons of radiata and sea sponges.

Limestone and dolomite: the backbone of the Limestone Alps
The seabed has been sinking throughout the entire Triassic Era. While it’s true that the sinking only amounted for fractions of a millimetre per year, this happened over a period of 45 million years. However, algae and marine animals lime residues compensated for the sinking, thus, the sea did not get any deeper in the meantime. With the beginning of the Jurassic Era 205 million years ago, the disintegration of the giant continent began. The exchange of deep and shallow parts of the sea has led to a great diversity of rocks deposited. Therefore, the Noth Gorge bears red limestone with numerous remains of sea lilies, animals related to starfish and sea urchins.

The day the Alps were born
Paradoxically, the Alps owe their existence to the advancing disintegration of the giant continent. With the uplift of the Alps, the Limestone Alps began to slip along with the greywacke zone towards the north and northeast. Still under water, the Limestone Alps pushed far above the edge of primeval Europe. During this process, the Limestone Alps broke into sections of different sizes which had often converged over miles. This is what we call the “nappes” of the Alps. One of these nappe boundaries is located at the northern rim of the Gesäuse Mountains.

Sand and clay
135 million years ago, the next era of earth’s history, the Cretaceous Era, and along with it, the rise of the Alps above sea level began. Later, 90 million years ago, an island landscape emerged in the south of the Limestone Alps. At that time, the Limestone Alps were still pushing north. While parts of them went up, others sank over time. In the sinking parts of the mountains, deposits of sand and clay were left behind. One of these reservoirs can be found in Gams.

The Ice Age
The ice age which started about 800 million years ago had a major influence on the landscape. As the glacier receded, the ice melted, and the rising rivers and streams carried huge quantities of rock debris which the glacier ice had left behind with them. As the current subsided, the rocks, e.g. gravels, were deposited filling the entire width of the valley. Due to limestone deposits, gravel cemented into conglomerate. Following a recent ice age which ended 12,000 years ago, the rivers have cut deep valleys into the conglomerate. The rims, which have a flat surface and steep cliffs, form terraces that extend from Hieflau to Großraming in Upper Austria in the Enns valley, and from Fachwerk to the mouth at Großreifling in the Salza valley.